I am attracting the attention of all of you. Mohammed Zahid Hossain, Facebook's most beloved and most affectionate of you all, suffered a deadly heart attack at  8.35 pm last night and has been under observation at the National Heart Hospital's intensive care center for 24 hours. Doctors have not been able to reach a decision until 24 hours.

He was suffering from a complex heart disease for several days as he could not regularly post to different groups. From last night, his mobile phone was near me. I don't normally make a dent in his Facebook but when his Facebook was open last night, I saw all of you comments about him, and I was surprised how a normal person loved by you so much!

Your impulsive comments forced us to shed tears. It is not possible to express in this article the extent to which all members of each group loved him.

My special request to you all of you will be praying for his so that he can recover quickly and return to you again.

I can't really write anything else about hem  because you can easily understand the state of our two daughters.

Finally, we have many special requests for you. Please share this post in your groups and ask everyone to bless hem.

I sincerely wish to all of you. 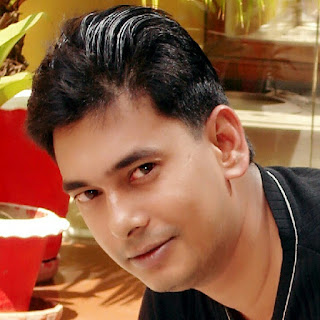 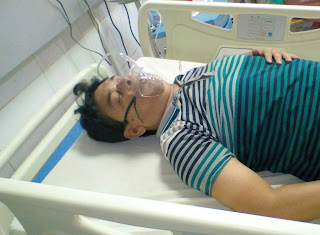 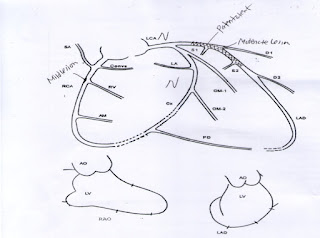 'All right!' The minister shouted in exclamation.
'All right, the country is like a corpse.
Banks who spoke about the dam,
let's see their faces this time, whether
they have seen a quieter and more pleasant crowd than they have ever seen before?
Words, the shot at the peace,
the on phuliyechi muscle,
indigenous medicinal Who, Who, or foreigner,
an hour determining, himcariye took all gumaghare,
the nihsbare again, the language can not give someone
in Dighi the least somewhere No The wave.
All right 'The
minister's cloud rose on Guru Guru's meeting.
One voice minimized and said,
"Yeah, I mean .. whatever comes in the ear, doesn't match that."
I have heard closed schools, people are not going to work,
and not of land, so some days ago, some people were murdered
, why not see the eyes of the world as they say? '
'Who says that?'
The minister's eyes flashed,
'Who is he, yet did not mean that the day has come?
If the speech is interrupted again, I will
send the payroll , the government will be allowed to breathe.
Who wants to say that? '
No one says, only long to long breaths can be heard.
The minister said again, 'What I was saying was, the
state honor will not be auctioned. Whoever goes against her,
who will disobey my words,
anyway she will be silenced, I will cover everything in need.
I want peace I want cool
If the cloop is stuck in all the blowing faces, then the sign is so.
Those who bow down, who live happily,
will stand in the stands,
someone will take the gun, some take it another way,
it is clear that there is no boredom inside me.
As you see now, the
tongue of someone moving, Serena pen,
all right! North-east or west,
everything in the country is exactly the same. '
Clap Clap Everyone stands up, laughs at the King's meeting!
Suddenly the crazy one, like a madman, raises three-colored flags.
He
cheered the flag and he shouted on the highway, "All hay jhut, all hay jhooooooot ..."
The sound of a bullet, Mossmos walking, military boots .. 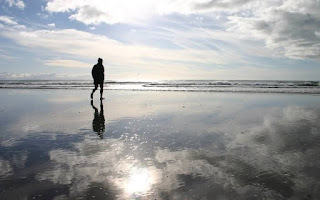 There is no point in the clouds in your eyes water!
Is this the result of rain in the dark stream last night?
Can you tell where the storm spends its night and day,
Are you coming to the hillside of the mountain now?
Listen now, or rain is a combination of poisonous bites!
Where did the boy go to the rain in the rain?
Equilibrium equilibrium in the path of the mind;
The end of the rain falls in Achinkon.
Breeze in the early days, the glow of the wind,
There is a false alarm in all the demands.
That path suddenly crowded with all the familiar watercolors,
The unmistakable pull of the soft cotton, the adventurous feel.
That verse of the day was not written even today,
Neutral will not have the slightest pain and can be sold.
The agility of cloudiness is overwhelming with agility
The lonely chest of mountains is secluded in captivity.
Are all the stories of that silent mind recognized today?
Or is the sesquiol the color of the year's dark sore.
Episode of sweetness in the humidity of tears,
The water droplets drop in the path of the bison.
The Maya of the season, the winding path of the season
Take the sail and swear by the void.
The thunderbolt cloudiness covers you two
Sleepy songs are now on the other side.
In a closed noon, she went to a humble heart, pillowcapped
Where is the warmth of the cloud and she is desolate?
Today, she is in a state of despair, looking around her;
Abramhakha is the secret happiness of saudamini in the cloud state.


Tanuja is writing to you after a long time.
Look at how long it was spent
Now I see only morning and night
No afternoon and twilight, however.

Sleep deprivation is regularly called by the mother
It's time for the baby to get up
Then walk through the familiar royal palace
Kolig Known Office
That familiar is a regular act.

Sometimes in the name of night at the end of the day
Do not understand it is time to return
Tanuja dragged me home at night
Feeling depressed, returning home regularly.

Mom gets dressed in bed
After dinner, I was left alone for an hour and a half
Rimzhmi is called rain in the sky
I am in the rain every day
There is only emptiness and loneliness around
The poison does not leave me
You don't have that lost afternoon
There is no teenage boy selling flowers that afternoon.

There is no shopkeeper under sodium lights
There are no stupid words of that day
There are only fools and fools.

Tanuja know there's not much else
Not that stupid good home and stupid feeling
The dust that lies in the dust of the mind.
Look how different Tanuja's life is
Look at how often death comes from fear.

Tanuja I am not the foundation anymore
You have no fear of losing
You have no hope of getting it.

Tanuja long thought to write to you
Every day I write a little bit regularly
No night to finish.
Simple life is going on somehow
You know, there is no fear as before
Fear of losing You fear of losing.
No fear calls me back.

That eternal bride has also left me
I remember talking about a widow
I am talking about a scarcity bride.
Tanuji left me
Absolutely farewell has been left forever.
Which is why I left you at the end of a twilight.

Tanuja I did not even know that day
For example, I am not a vet even in today's night. 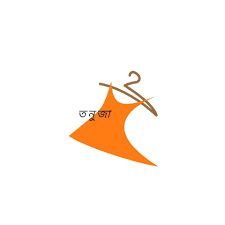 To handle the gin with courage
Sumeru - parallel to the crossing of the Cumero
The intention is to practice the name of Bihar ...

One of the Zephon's symphony cuts
Breaks the function of the mark
Exit to the extreme
And what can be named without the practice ...
So to be accustomed one life falls short yet. 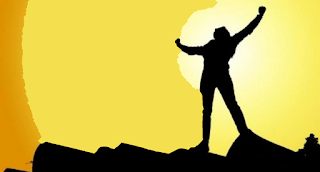 
Love means blind, knowing that I tremble in love!
How many say these words?
Lots of burns in many burns, many losers
lover, but the rivers seek the river.
When a horse or
a star falls from the sky, the rivers of death
die in the cool poison of the river Mutupuri , the lover
says , 'If you stay by my side!'
Sad, Hogo sad, but the night of the
trumpet burning in the
sun, sitting alone on the bank of the river Bishadranga does
not return to himself! 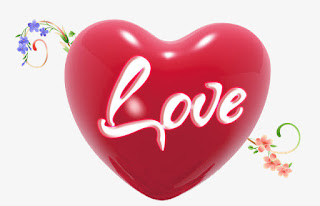 Prose Poetry ♦Will anyone come tonight♦

♦Will anyone come to night ♦
Mohammad zahid hossain
****************************
Will anyone come tonight?
Affidavit of the disease beyond the dreams song nilakuci
little torangera hidden inside the happiest day of my
stars are inscribed on the night of the terracotta
nerudasama indescribable .... but
the position of his hands leaning on the one hand there is wireless
elusive splendor mlanamahima's not
dead ... plasamasrota
he What will come tonight
What a delicious cruelty
it can endure under its impossibly tender genius and ... I turn back to
the secret seed of the tree all night , singing the footsteps of
his
feet, written in a tearful orchestra , his miniature paintings lush lips ... From the gleam of
aerial earth to the exquisite
poetry.
The poet's extreme arrogance plegiyarista ekakitbera gray
just seems to continue ...
again satero him, nonexistent electricity and flood destruction
he makes anayase drinking
the night on a stick maharatera terrific syaolaya
my life, I want to cut off
his unblinking eyes, my death written -Record .... For the
last time, the flying blue bird of the blissful blue bird
left my question with an unfulfilled sleep. As I walk down the stairs ...
what can be seen with him ....!
Will he come ...? 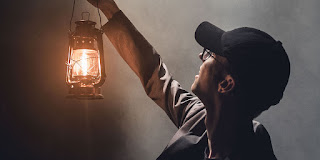 Vision is attractive I am attracting the attention of all of you. Mohammed Zahid Hossain, Facebook's most beloved and most affectionat...

Poetry of poet Zahid
Mohammad Zahid Hossain was born in Boalmari upazila of Faridpur district on February 2. His childhood and education began in Shahjahanpur, Dhaka. He received his BSc (honors) degree from the National University and his MSc in Geography and Environment. He started his working life with a private bank job.He served in the bank for 5 years. During his employment at the bank, he suffered from a heart attack and returned to the country after long medical treatment abroad and resumed his job as chief accounting officer of a private institution. From the age of 23, he started writing on social media. Since then he has continued to write regularly.He writes regularly in various groups, both domestic and foreign. He regularly writes in daily, weekly, and monthly journals in the country and abroad. In the book fair of the year, his three joint poems (Deepshikha, heart talk, moon touches the mind), he received various honors from various indigenous and foreign groups. . He is married in person, his wife Farhana Hossain and two daughters Rafa and Ripti.